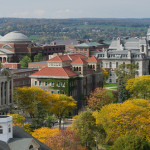 Syracuse University is committed to the maintenance of an environment which is supportive of its primary educational mission and free from all exploitation and intimidation. The University does not tolerate rape, sexual assault, domestic or dating violence, stalking, sexual coercion and non-contact sexual abuse such as voyeurism, and sexual exploitation or other forms of sexual violence or non-consensual sexual activity. Prohibited behaviors include: harassment, sexual harassment, sexual assault, rape, stalking, relationship or dating and domestic violence. It is against University policy to retaliate against a person, either directly or via a third party, for making a complaint of sexual violence or any kind of harassment or discrimination. Any retaliation should be promptly reported to the Title IX Coordinator at 315.443.0211 or TitleIX@syr.edu

What is Title IX of the Education Amendments of 1972? Link

Title IX of the Education Amendments of 1972 (Title IX) is a federal civil rights law that prohibits discrimination on the basis of sex in federally funded educational programs and activities. Under Title IX, universities are required to respond to reports of sexual assault and sexual harassment. The U.S. Department of Education’s Office for Civil Rights, which enforces Title IX, has recently provided detailed guidance on how educational institutions, like Syracuse University, must investigate and respond to complaints of sexual assault and sexual harassment. Here are a few Questions and Answers [PDF] on Title IX and Sexual Violence. 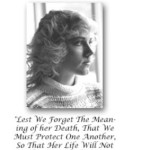 What is the Clery Act? Link

The Jeanne Clery Disclosure of Campus Security Policy and Campus Crime Statistics Act (the Clery Act) and accompanying regulations require colleges and universities to disclose certain timely and annual information about campus crime, and security and safety policies. Compliance with the Clery Act is required of universities that participate in the federal student aid program and is administered by the U.S. Department of Education’s Federal Student Aid Office. As a part of its Clery program, Syracuse University collects and publishes statistical information on crimes occurring on and around campus as well as relevant security and safety information in its annual crime and safety report.

What is the Violence Against Women Act? 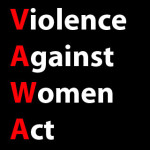 The Violence Against Women Act amendments and accompanying regulations (VAWA) clarify the duties of universities to investigate and respond to reports of sexual assault, stalking, and dating and domestic violence and to publish policies and procedures related to the handling of these cases. Under VAWA, colleges and universities also must provide training to the campus communities on issues related to sexual misconduct. Compliance with VAWA is required of universities, like SU, that participate in the federal student aid program, and is administered by the U.S. Department of Education’s Federal Student Aid Office. New VAWA regulations were published in October 2014 and became effective July 1, 2015.

What is the Enough is Enough law? Link

The Enough is Enough legislation, signed by Governor Cuomo July 7, 2015, combats sexual assault on college and university campuses statewide. The new law requires all colleges to adopt a set of comprehensive procedures and guidelines, including a uniform definition of affirmative consent, a statewide amnesty policy, and expanded access to law enforcement to ensure the safety of all students attending colleges in New York State.